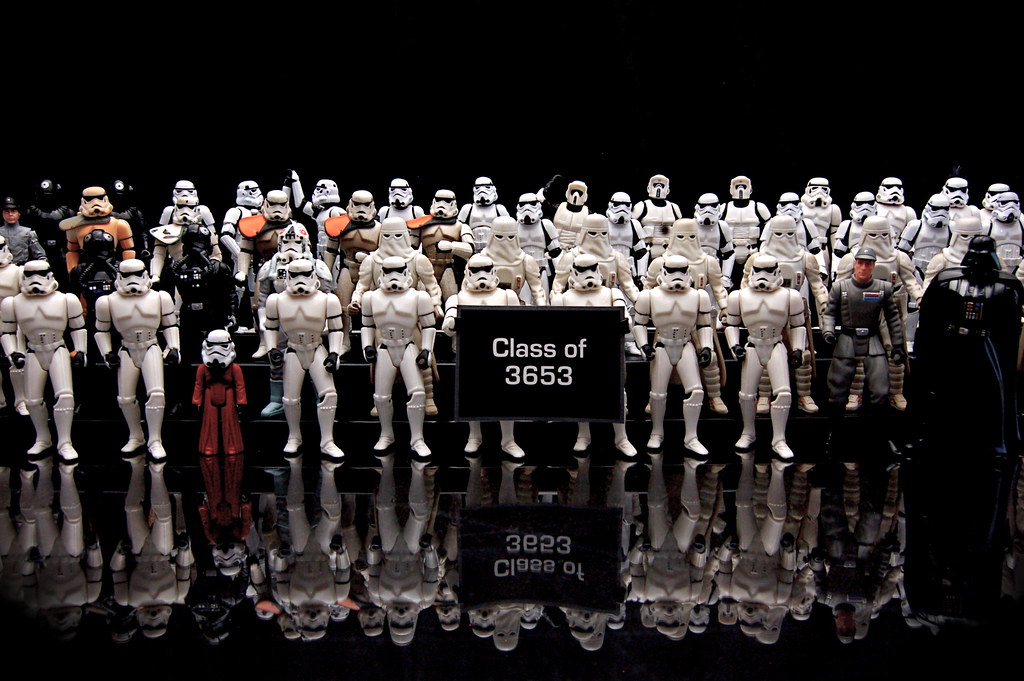 Storm Of The Century

Posted to Flickr on 31 July 2010. Part of the Stormtroopers series.

Why "century?" Because you are looking at my 100th stormtrooper photo!

For this occasion, I wanted to capture more stormtroopers at one time than I’ve ever photographed before, and a class photo seemed appropriate. I had toyed with the idea of taking a photo like this at the end of my Imperial Art Appreciation series, so now I imagine this is that class of recruits who graduated just before the Battle of Endor.

I also timed the photo to coincide with the last day of the "White" theme in the 7 Days of Shooting group. 7DOS has been an inspiration for many of my stormtrooper photos. The group is populated by a wonderful bunch of photographers, and I encourage anyone who is interested in a weekly theme group to check it out.

Special thanks to my daughter who helped me gather, organize, and set up all these guys.

Finally, to answer an obvious question, no, this is not all of my stormtroopers. Believe it or not!

The troops have also been seen standing in these places:

Storm Of The Century by JD Hancock is licensed under a Creative Commons Attribution 3.0 Unported License. Permissions beyond the scope of this license may be available.