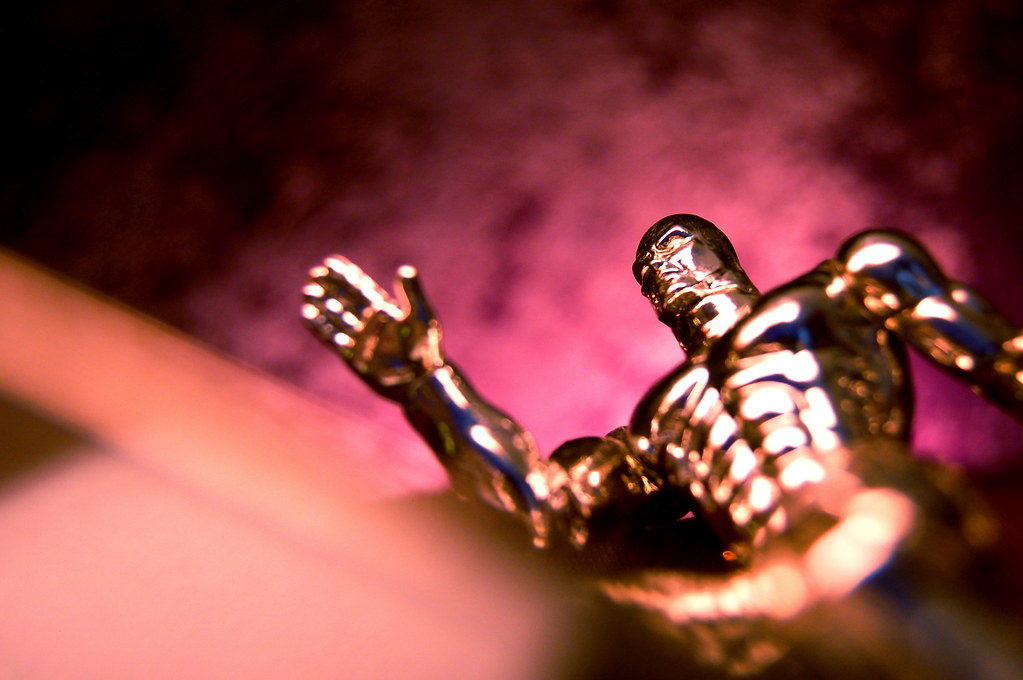 S Is For Silver Surfer

When the planet-consuming Galactus threatened to destroy the idyllic planet of Zenn-La, the astronomer Norrin Radd struck a deal with the seemingly omnipotent space-god. In exchange for the well-being of his planet and those he loved, Radd would serve Galactus as a herald, searching the galaxy for new planets for the world devourer to feed upon. Accepting the terms of the agreement, Galactus infused Radd with a portion of the Power Cosmic, transforming him into the Silver Surfer. A noble and conflicted soul, the Silver Surfer eventually betrayed his master and became a hero.

This four and a half inch action figure was produced by ToyBiz in 1994.

Photo submitted to the Flickr group Macro Mondays for the "Songs from the Rolling Stones" theme, referencing the song "2000 Light Years from Home."

The Silver Surfer has also been spotted zooming through space here as well:

S Is For Silver Surfer by JD Hancock is licensed under a Creative Commons Attribution 3.0 Unported License. Permissions beyond the scope of this license may be available.