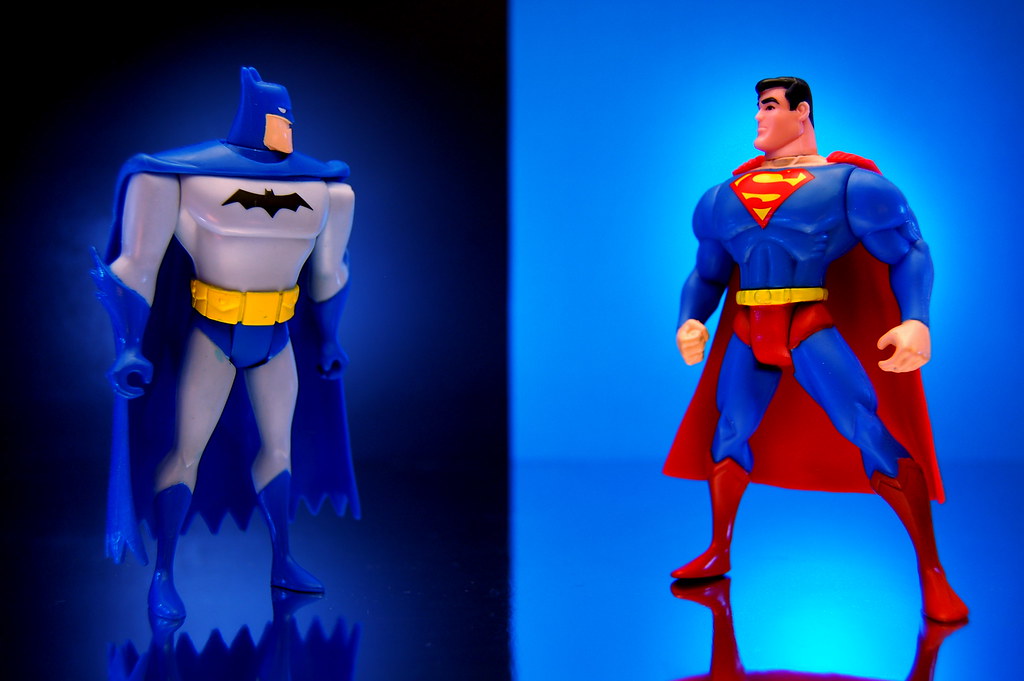 Batman: Orphan who became a playboy, mentor of heroes, protector of Gotham City, the Dark Knight, and an iconic legend.

Superman: Orphan who became a farmboy, leader of heroes, protector of Metropolis, the Last Son of Krypton, and an iconic legend.

Batman and Superman have also been seen squaring off in these locations:

Batman vs. Superman (203/365) by JD Hancock is licensed under a Creative Commons Attribution 3.0 Unported License. Permissions beyond the scope of this license may be available.