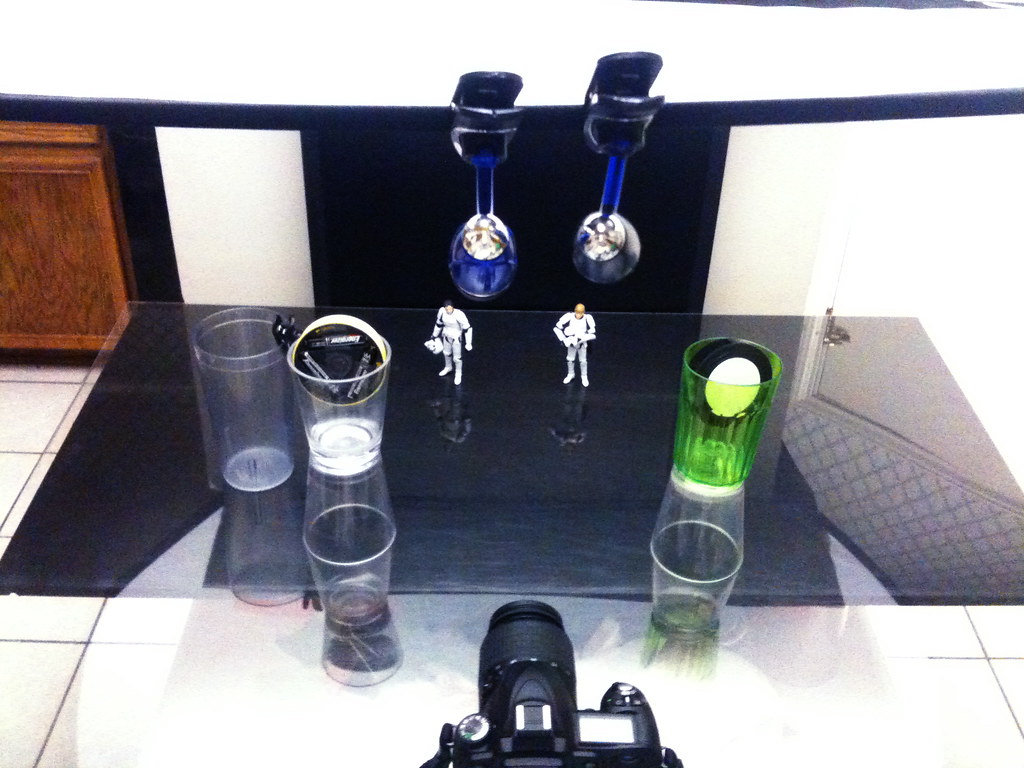 For the curious, here is a setup shot for Han Solo vs. Luke Skywalker, the 200th photo in the Duel 365 series.

This is a fairly typical setup for my stormtrooper and other Death Star-inspired shots. The figures stand on a large piece of plexiglass covering my favorite old black shelf. Behind them is a broken computer monitor. Above them is my large circular diffuser.

The lighting is interesting. We have ambient light from the room to start. Then we have two clip-on LEDs high above the scene shining down on the figures. Han gets one clip-on LED and one small push LED pointed behind him, reflecting back into the camera and creating a blue halo. Luke gets a slightly more powerful push-LED pointed behind him in a similar fashion, except his light shines through a green plastic cup. All of the lights near the figures are "positioned" using clear plastic cups, because I’m too cheap to buy real lighting equipment.

Han Solo vs. Luke Skywalker Setup by JD Hancock is licensed under a Creative Commons Attribution 3.0 Unported License. Permissions beyond the scope of this license may be available.