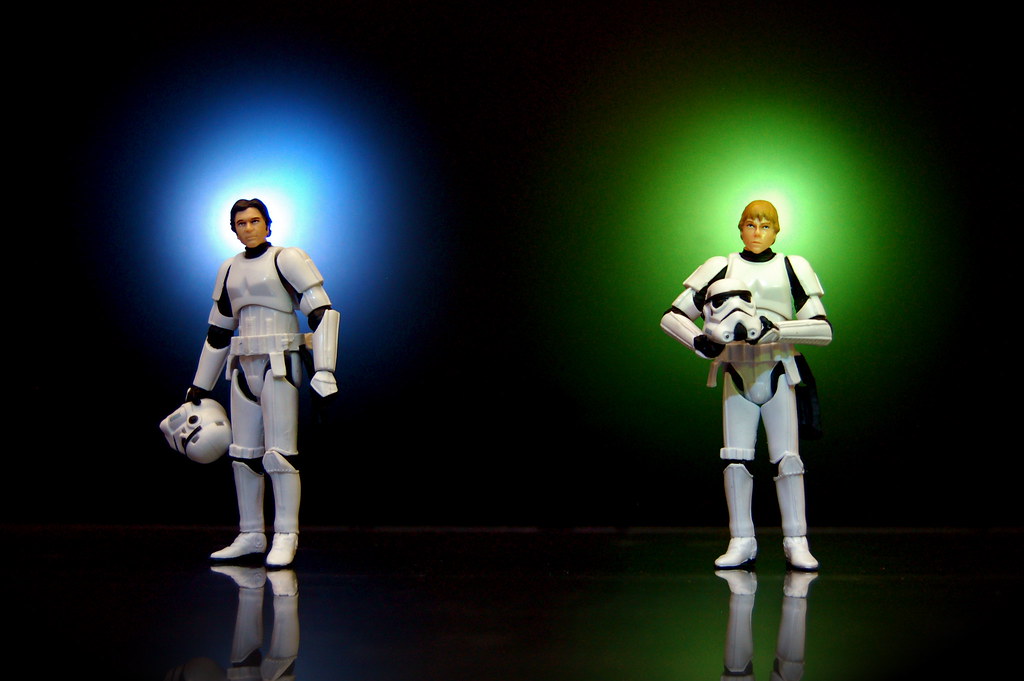 Han Solo: Experienced and cocky galactic smuggler, deep in debt and looking for a big reward by running around on the Death Star disguised as the enemy.

Luke Skywalker: Inexperienced hero on an idealistic crusade, taking his first steps into a larger world by running around on the Death Star disguised as the enemy.

Han and Luke have also been seen sticking it to the Empire in these places:

Han Solo vs. Luke Skywalker (200/365) by JD Hancock is licensed under a Creative Commons Attribution 3.0 Unported License. Permissions beyond the scope of this license may be available.