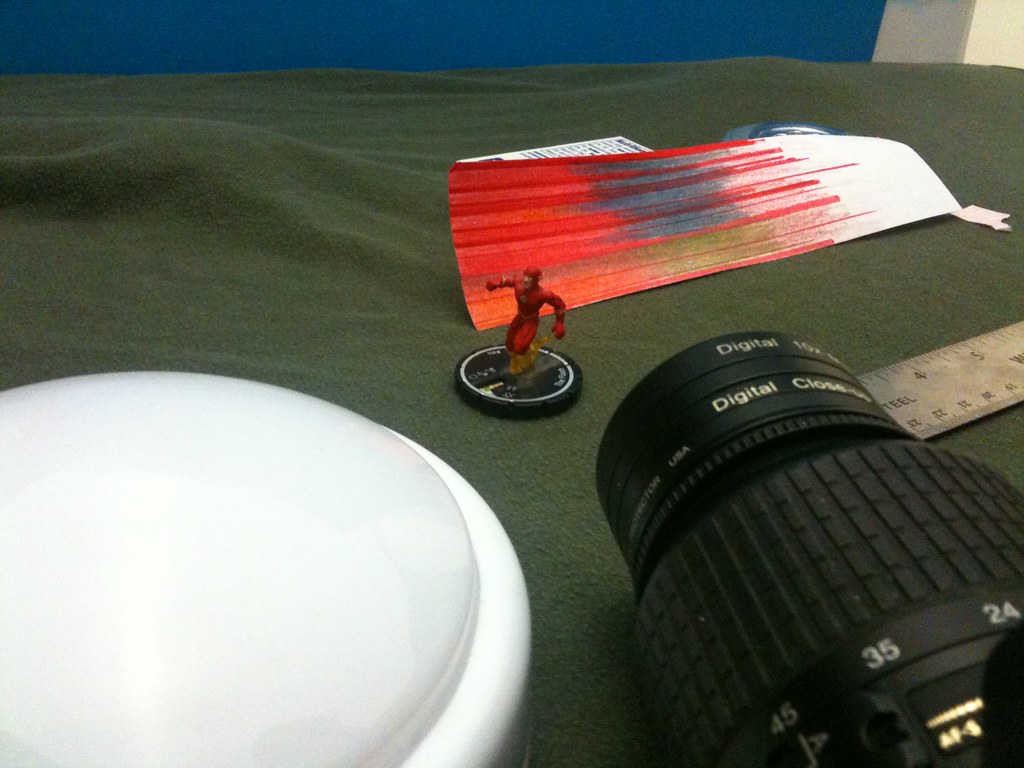 For the curious, I took a setup shot for the Racing Stripes photo.

The HeroClix figure stands on one of my green shirts. A blue posterboard serves as the backdrop. I placed a couple of push-lights in front of the Flash (only one shown). As is typical for my toy photography, a large diffuser (not shown) is positioned above the scene.

The striped streaks were made with colored pencils and markers on a simple strip of paper by my wife and me. The strip is propped up with a box of raisins at the front and one of my LEDs in the back.

The camera has three inexpensive magnifying lenses attached to the front, not a macro lens.

I post-processed the image in iPhoto, mostly brightening the colors a bit.

Racing Stripes Setup by JD Hancock is licensed under a Creative Commons Attribution 3.0 Unported License. Permissions beyond the scope of this license may be available.