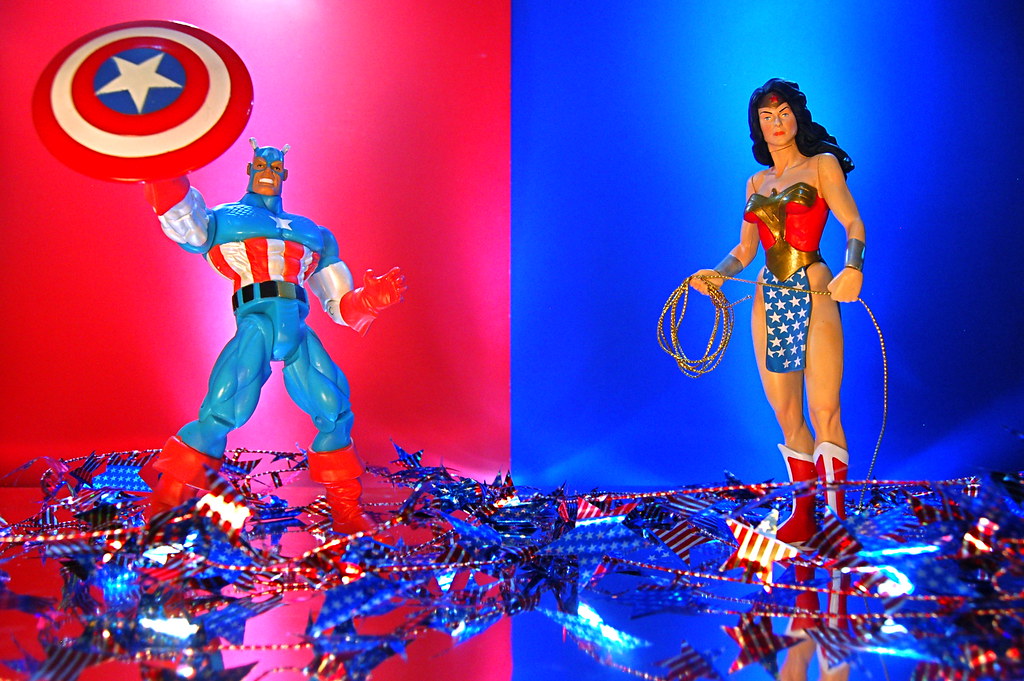 Captain America: Steve Rogers, super soldier of the United States of America, leader of the Avengers, symbol of freedom, wielder of a Vibranium-steel alloy shield.

Wonder Woman: Princess Diana, Amazonian warrior, member of the Justice League of America, symbol of peace, wielder of the Bracelets of Victory and Lasso of Truth.

Steve and Diana have also been seen together here:

Captain America vs. Wonder Woman (185/365) by JD Hancock is licensed under a Creative Commons Attribution 3.0 Unported License. Permissions beyond the scope of this license may be available.