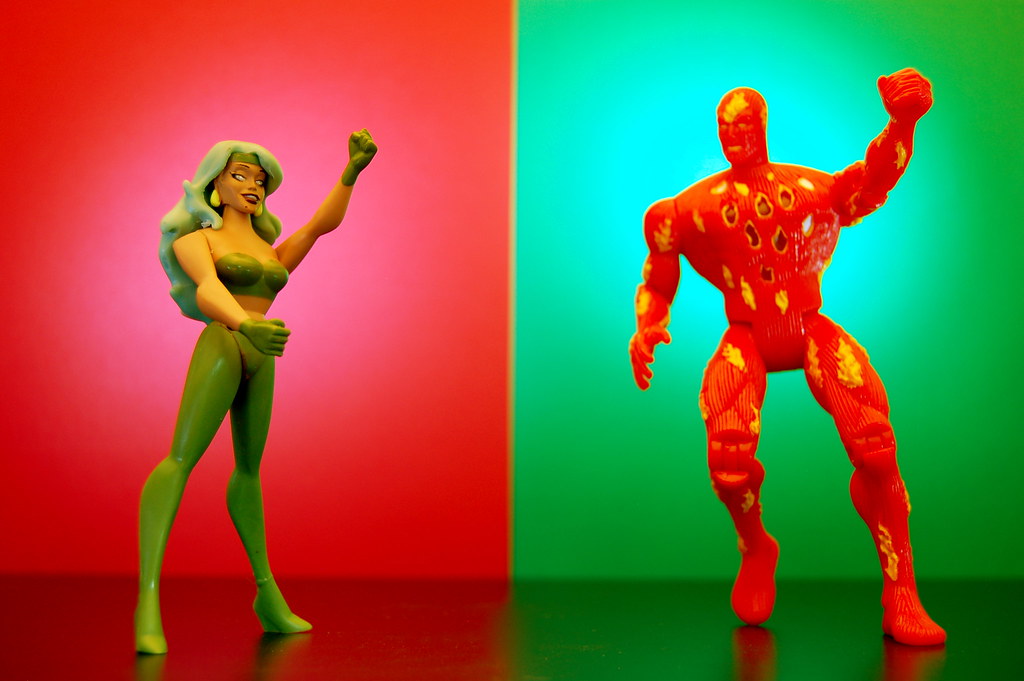 Fire: Beatriz Bonilla da Costa, model and spy turned Justice League superhero who can fly, project fireballs, and transform herself into a living flame … but would probably rather be partying.

Human Torch: Johnny Storm, hot-headed, fun-lovin’ member of the Fantastic Four who can fly, project fireballs, and transform himself into a living flame … but would probably rather be partying.

Fire vs. Human Torch (158/365) by JD Hancock is licensed under a Creative Commons Attribution 3.0 Unported License. Permissions beyond the scope of this license may be available.