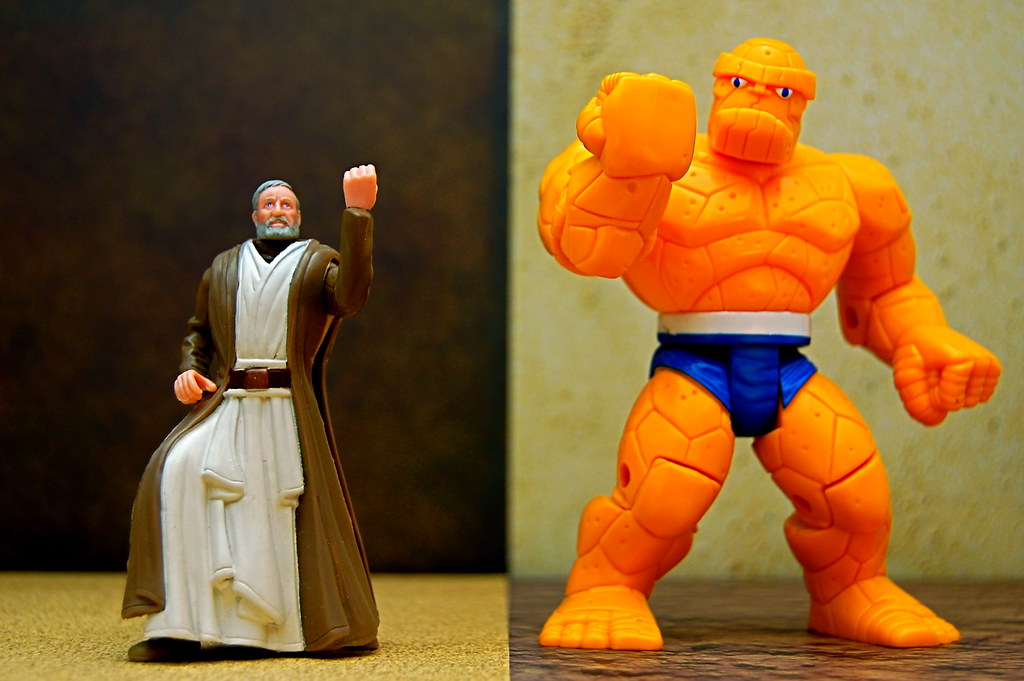 Obi-Wan Kenobi: Old Ben Kenobi, hermit who lived on the distant desert planet Tatooine and was one of the few remaining Jedi Knights in the galaxy.

Thing: Ben Grimm, pilot who gained incredible strength but a rocky disfigurement in outer space and became a founding member of the Fantastic Four.

Obi-Wan Kenobi vs. Thing (154/365) by JD Hancock is licensed under a Creative Commons Attribution 3.0 Unported License. Permissions beyond the scope of this license may be available.