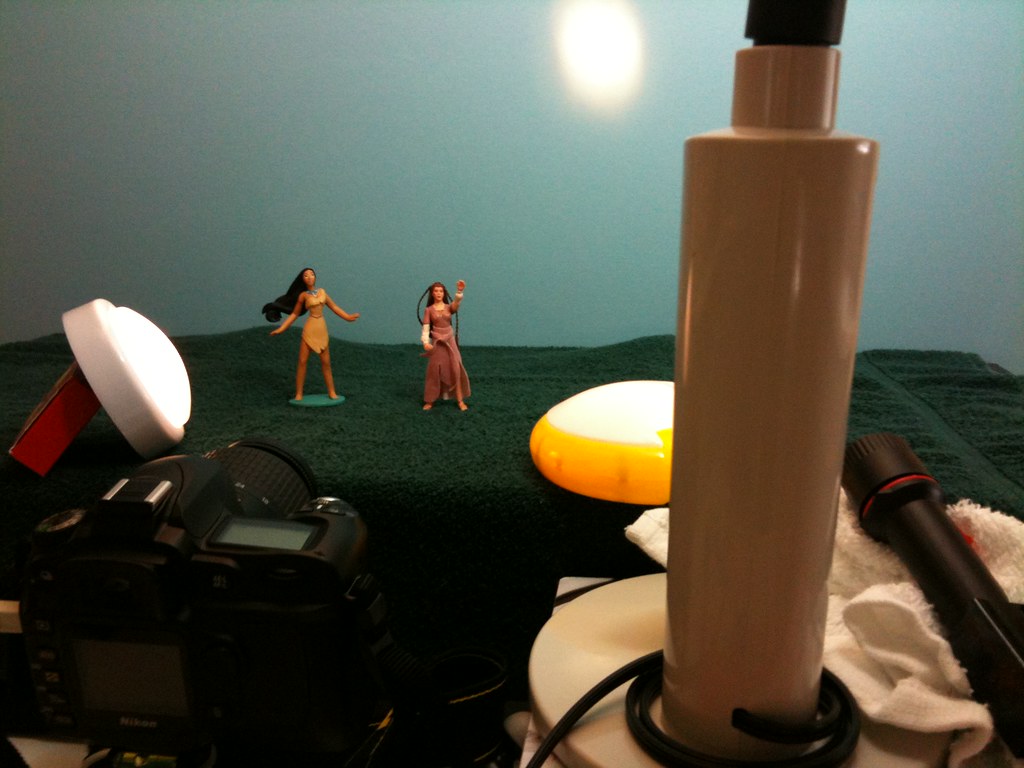 The setup for Pocahontas vs. Leia Organa was fun. The two figures are standing on a green towel. I placed objects under the towel behind them to suggest hills. I also pinched up the towel in front of Pocahontas to help hide her green base.

Behind them is a large blue matboard normally used in framing. The "sun" comes from a small black flashlight aimed at the matboard.

They are lit by several sources. The room’s ambient light is diffused by a large circular diffuser above them (not shown). I typically use the desk lamp in the foreground only to prop the diffuser, but this time it’s turned on, aimed upwards, and partially wrapped in dark cloth (not shown) to limit what light directly hits the two figures. Finally each figure has her own cheap battery-operated light, one of which is propped by a raisin box, because I love raisin boxes.

Pocahontas vs. Leia Organa Setup by JD Hancock is licensed under a Creative Commons Attribution 3.0 Unported License. Permissions beyond the scope of this license may be available.