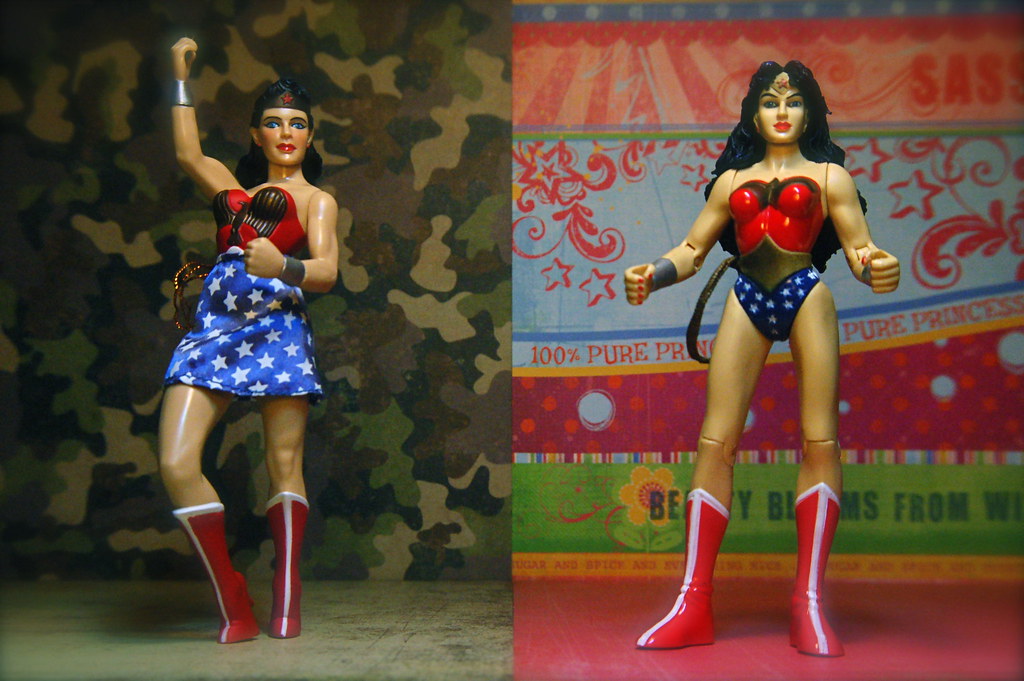 Wonder Woman: Queen Hippolyta of the Amazons, mother of Diana, and member of the Justice Society of America during World War II.

Woman Woman: Princess Diana of the Amazons, daughter of Hippolyta, and active member of the Justice League of America.

Wonder Woman vs. Wonder Woman (129/365) by JD Hancock is licensed under a Creative Commons Attribution 3.0 Unported License. Permissions beyond the scope of this license may be available.