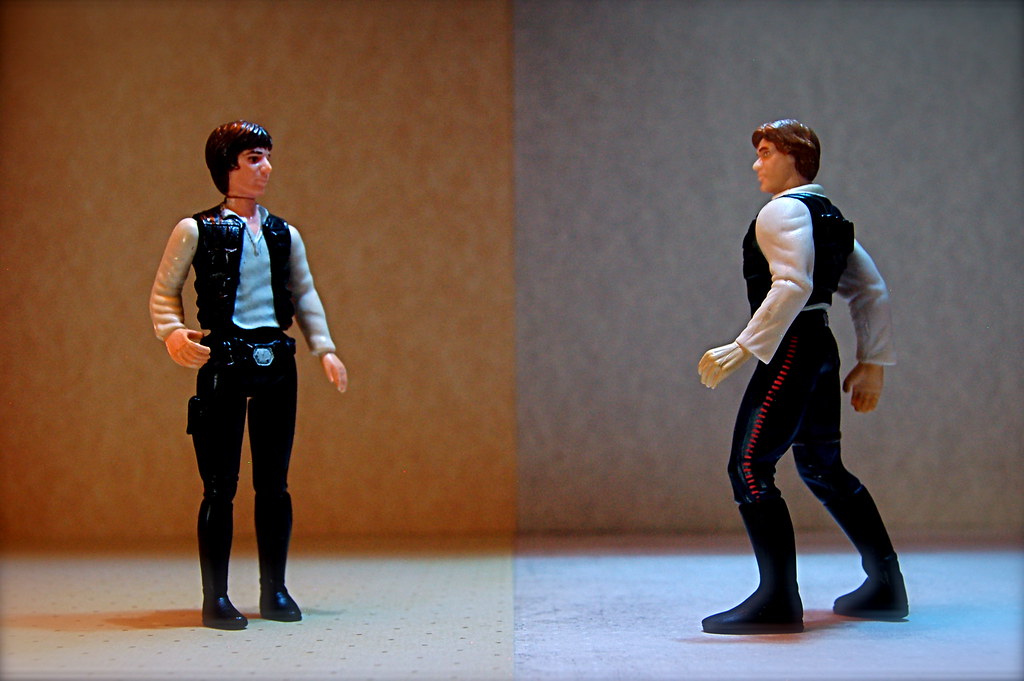 Han Solo: Smuggler who shot the bounty hunter Greedo at a cantina in Mos Eisley before Greedo could fire a shot.

Han Solo Special Edition: Smuggler who shot the bounty hunter Greedo at a cantina in Mos Eisley after Greedo fired at him.

The Solos have also been seen together here:

Han Solo vs. Han Solo Special Edition (124/365) by JD Hancock is licensed under a Creative Commons Attribution 3.0 Unported License. Permissions beyond the scope of this license may be available.