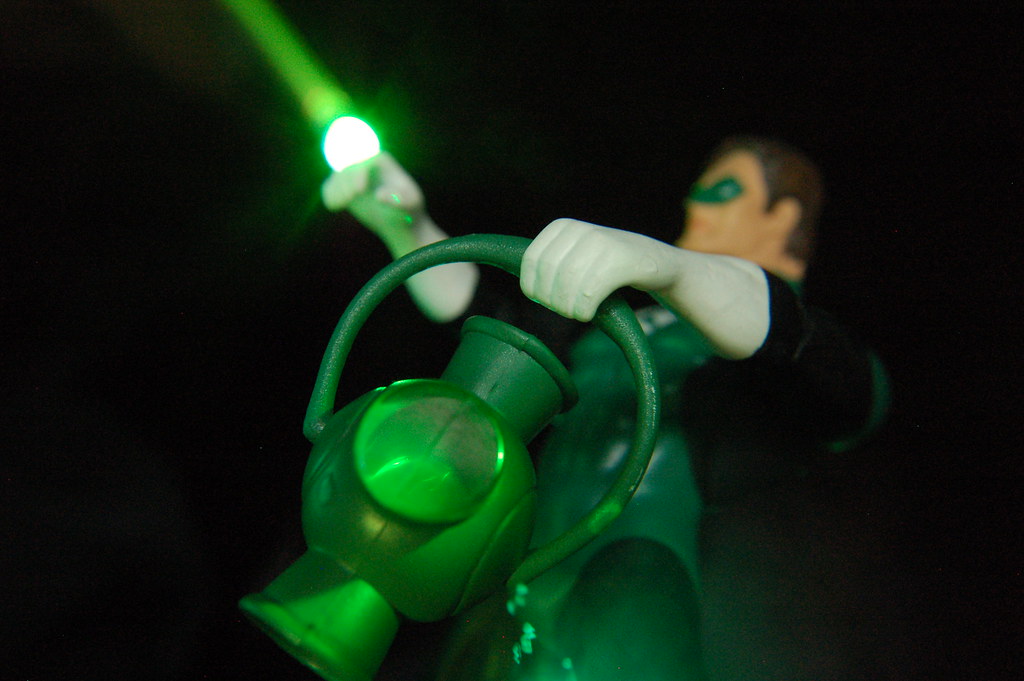 Hal Jordan, a hot-shot test pilot, is perhaps the best-known member of the Green Lantern Corps, an intergalactic police force. His powerful green lantern provides energy to his power ring, which enables him to create green, solid-light constructs to aid in his duties.

This image is straight out of the camera: no tweaking, no color processing, no cropping, no nothing. The light effect was achieved using small LEDs.

G is for Green Lantern Hal Jordan by JD Hancock is licensed under a Creative Commons Attribution 3.0 Unported License. Permissions beyond the scope of this license may be available.