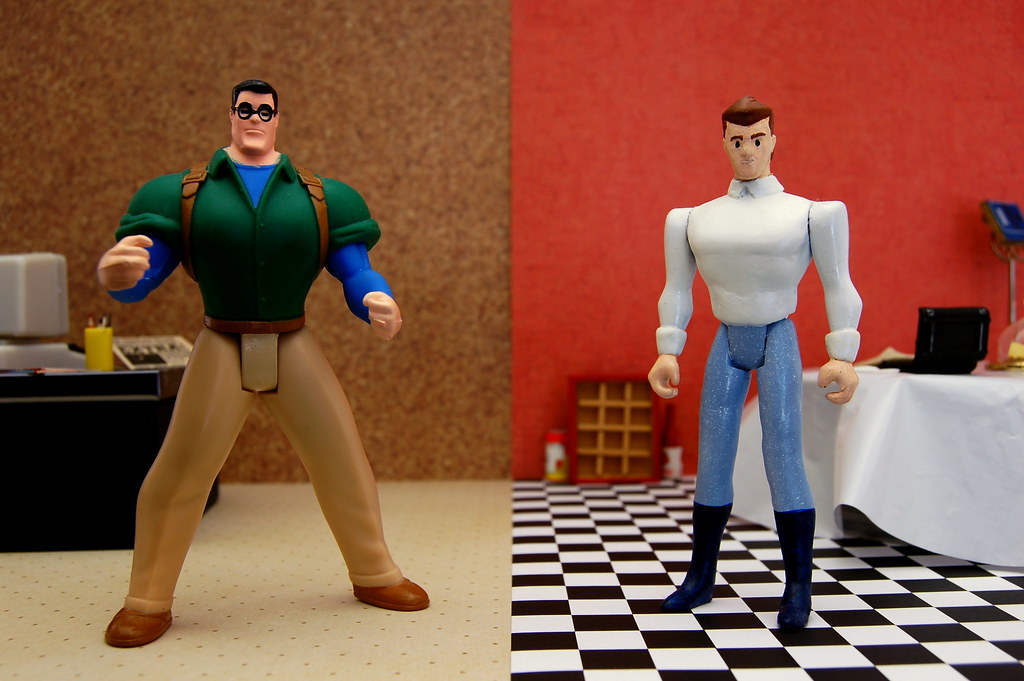 My wife made this custom Grant Morrison action figure based on the author’s appearance in Animal Man #26 in 1990. Would you like to see more Cool Things My Wife Made?

Clark Kent vs. Grant Morrison (73/365) by JD Hancock is licensed under a Creative Commons Attribution 3.0 Unported License. Permissions beyond the scope of this license may be available.