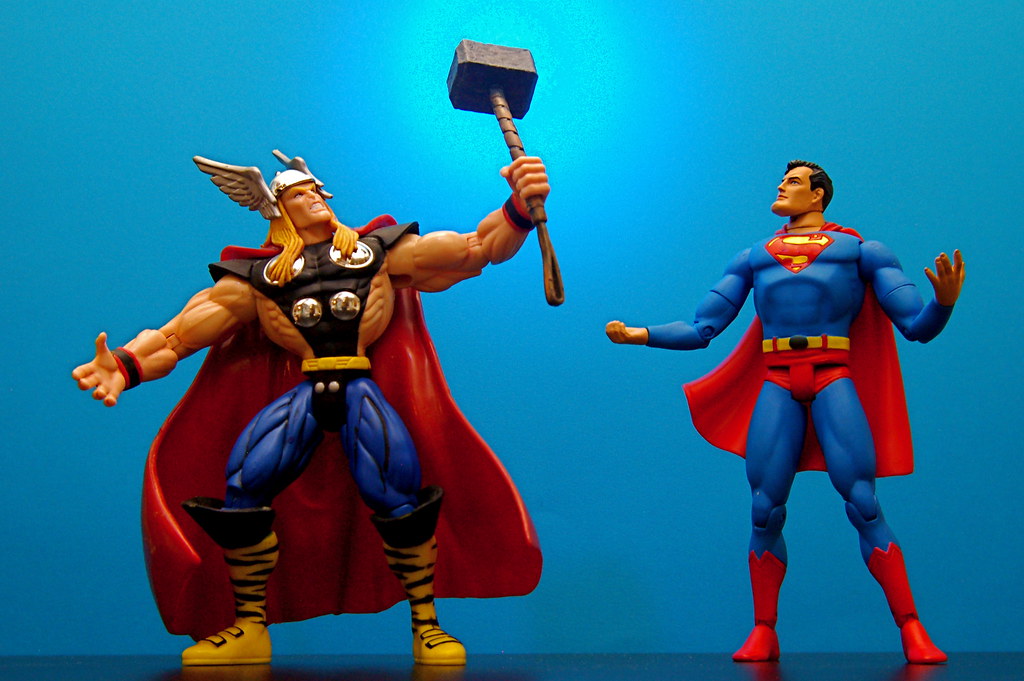 Superman: The red-caped Man of Steel.

Thor and Superman have also been spotted here:

Thor vs. Superman (49/365) by JD Hancock is licensed under a Creative Commons Attribution 3.0 Unported License. Permissions beyond the scope of this license may be available.