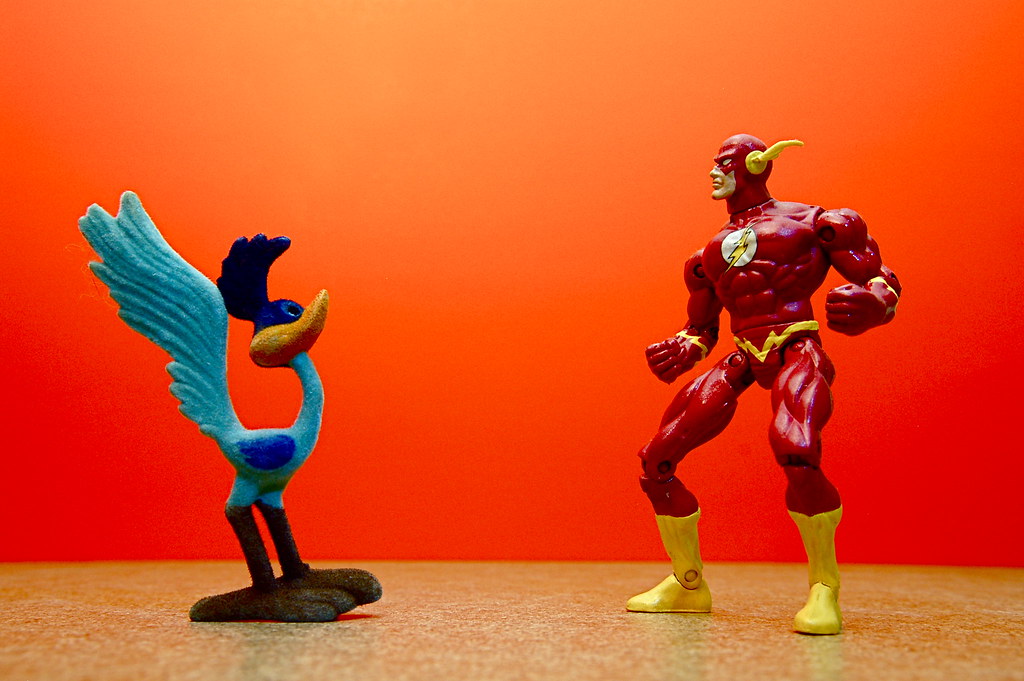 Road Runner: Fast and elusive bird living in the desert of the American southwest.

The Flash is a custom action figure created by my wife Leslie. Would you like to see more Cool Things My Wife Made?

These two speedsters have also ran into each other here:

Road Runner vs. The Flash (48/365) by JD Hancock is licensed under a Creative Commons Attribution 3.0 Unported License. Permissions beyond the scope of this license may be available.