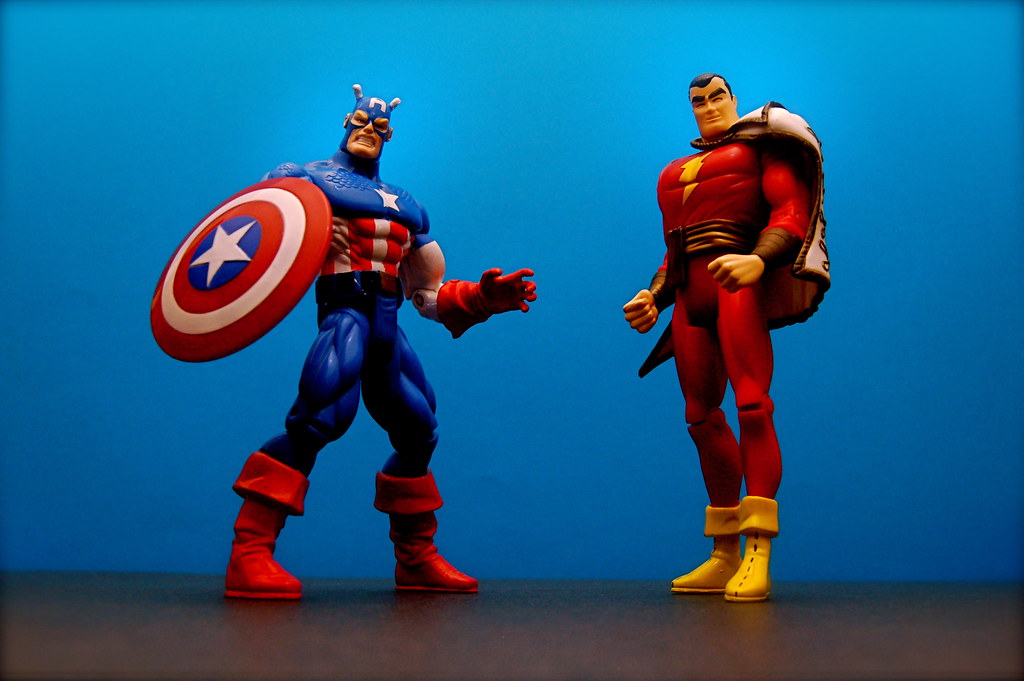 Captain America: A young soldier in poor health who received an experimental super serum in World War II who became the embodiment of American patriotism.

Captain Marvel: A young boy who transforms into the World’s Mightiest Mortal whenever he says the magic word, "Shazam!"

The two captains have also been spotted in these places:

Captain America vs. Captain Marvel (42/365) by JD Hancock is licensed under a Creative Commons Attribution 3.0 Unported License. Permissions beyond the scope of this license may be available.