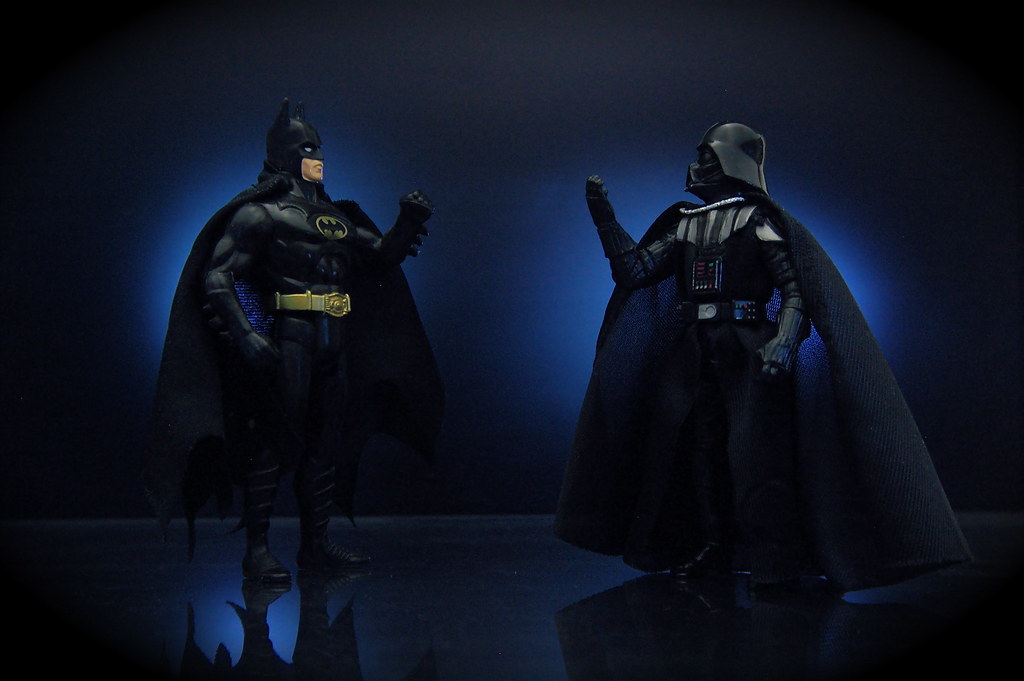 Fast Company selected Batman vs. Darth Vader as one of their 2011 Photos of the Year.

The Dark Knight of Gotham and the Dark Lord of the Sith have dueled in these locations:

Batman vs. Darth Vader (32/365) by JD Hancock is licensed under a Creative Commons Attribution 3.0 Unported License. Permissions beyond the scope of this license may be available.