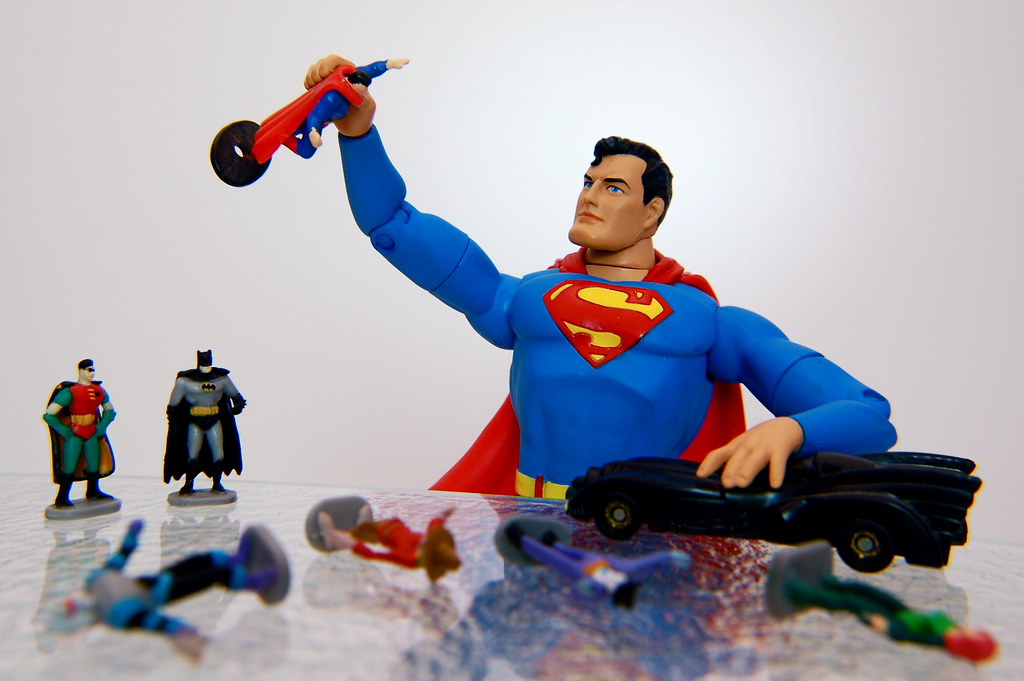 Even Superman plays with his toys.

Superman has also been seen playing with his toys in these places:

Playing The Hero by JD Hancock is licensed under a Creative Commons Attribution 3.0 Unported License. Permissions beyond the scope of this license may be available.