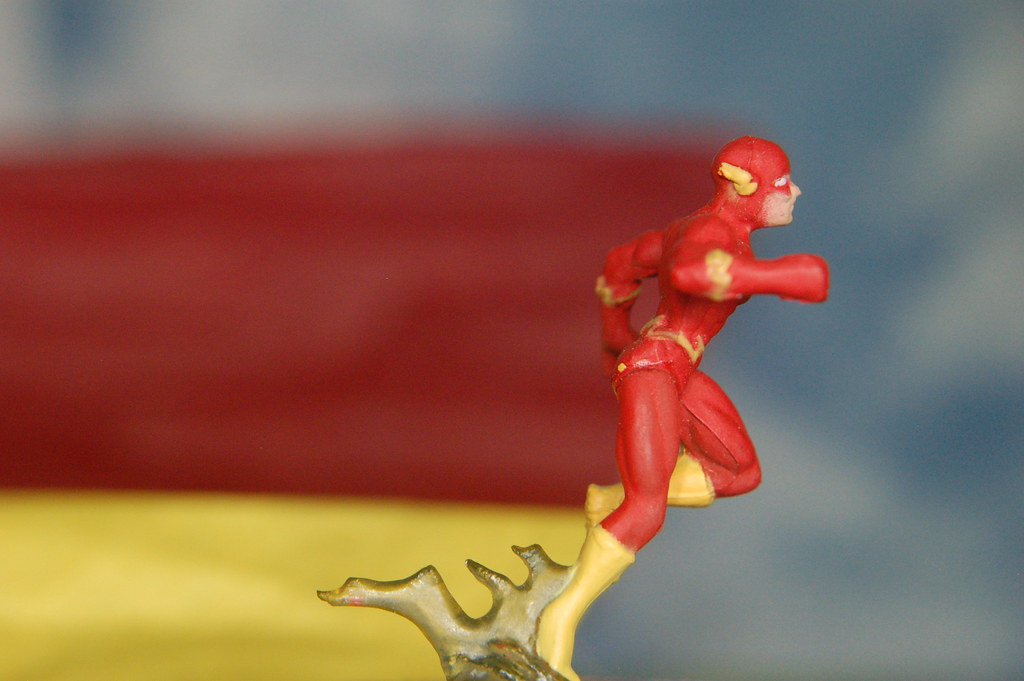 This 1 3/8 inch figure is the DC Comics character The Flash as seen in the game HeroClix. The red and yellow streaks behind him are actually tissue paper.

I believe this is the first toy photo I’ve posted to Flickr that was lit by my camera’s flash. I typically use lamps, flashlights, LEDs, etc.

The Flash has been seen whizzing through the following:

Compact Flash by JD Hancock is licensed under a Creative Commons Attribution 3.0 Unported License. Permissions beyond the scope of this license may be available.