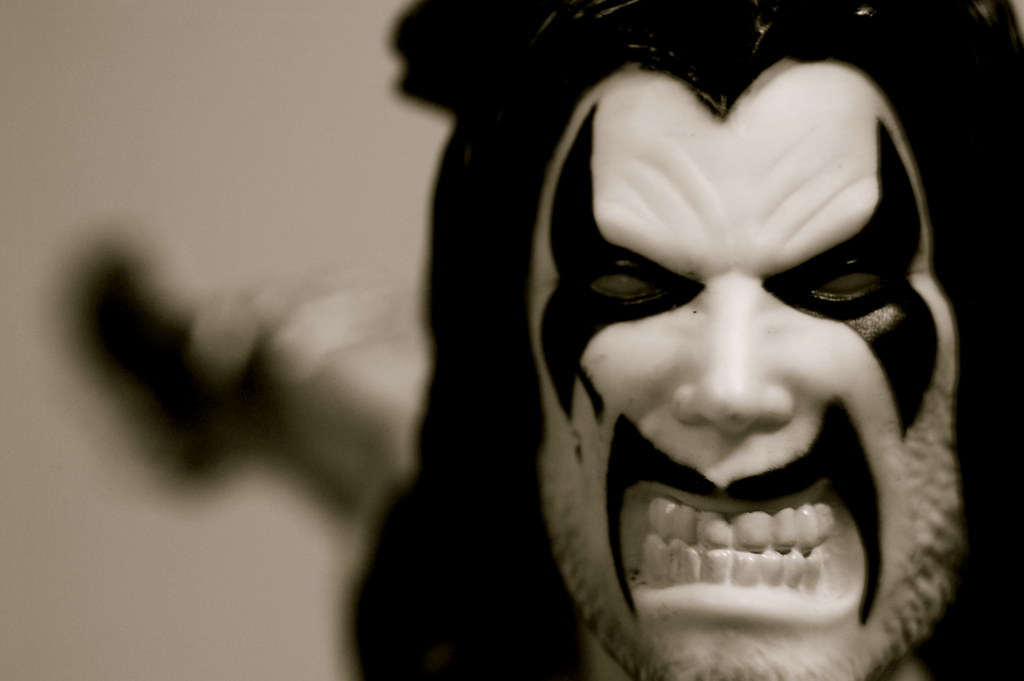 Originally intended as a parody and an indictment of over-the-top violent comic book characters, Lobo eventually became their standard bearer.

This photo was posted to Flickr on 03 November 2009. It was one of 500 images featured on Flickr Explore for that day. The last time I checked, it had 4,331 views on Flickr.

Frag! by JD Hancock is licensed under a Creative Commons Attribution 3.0 Unported License. Permissions beyond the scope of this license may be available.