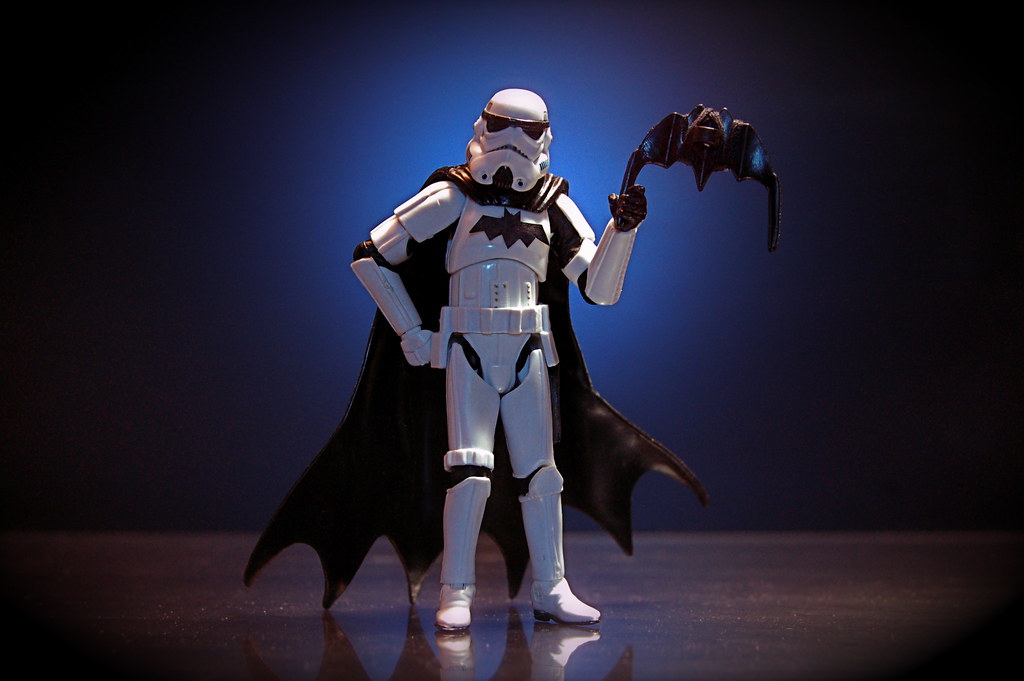 Posted to Flickr on 28 September 2009. Part of the Stormtroopers series.

Unlike the Super Troopers, this stormtrooper decided to do dress-up differently.

Photo submitted to the Flickr group Macro Mondays for the "childish" theme.

Stormtrooper Batman has also been sighting in these places:

The Dark Storm by JD Hancock is licensed under a Creative Commons Attribution 3.0 Unported License. Permissions beyond the scope of this license may be available.