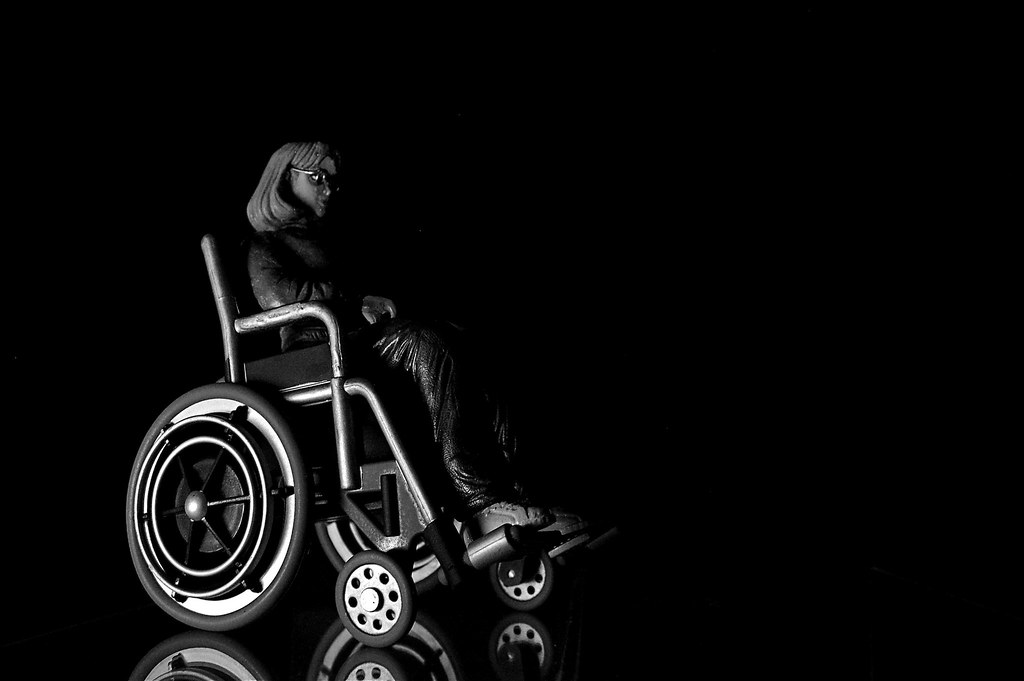 O Is For Oracle

In the comic books Barbara Gordan’s career as Batgirl ended when her spine was critically injured by the Joker. Using her skills and training as a librarian she developed a new identity to fight crime: Oracle, the online information source for the superhero community.

This one-of-a-kind custom-made action figure was created by my wife. The head, hands, and shoes were taken from other figures and repainted. She sculpted and painted the sweatshirt and jeans. I made the glasses out of wire. The wheelchair, which she also repainted, is an accessory originally belonging to a wrestling figure. The figure is 4.75 inches tall.

Would you like to see more Cool Things My Wife Made?

Oracle can also be found in these places:

This photo was posted to Flickr on 07 September 2009. It was one of 500 images featured on Flickr Explore for that day. The last time I checked, it had 24,062 views on Flickr.

O Is For Oracle by JD Hancock is licensed under a Creative Commons Attribution 3.0 Unported License. Permissions beyond the scope of this license may be available.