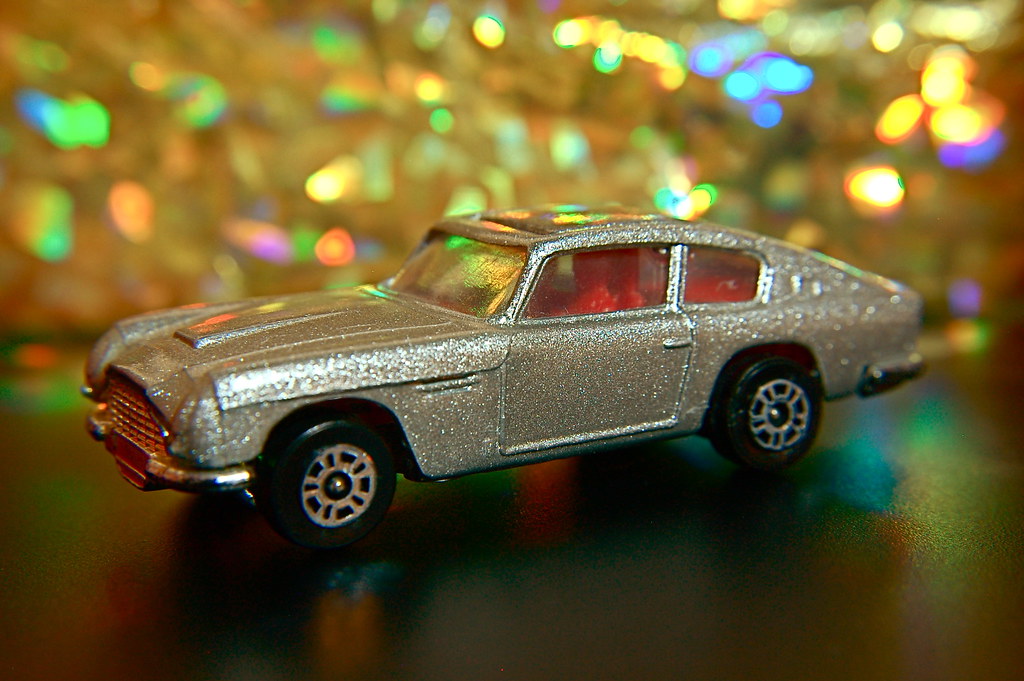 In the movies James Bond’s first Aston Martin was the DB5 in Goldfinger. With added extras including an ejection seat system, the car was wildly popular with audiences, helping to cement elaborate "spy gadgets" as an integral part of the James Bond mythos that had not previously existed in the Ian Fleming novels.

In 1979 the Corgi toy company produced a Matchbox-sized James Bond Aston Martin DB5, complete with a spring-loaded ejection seat system. I purchased this one at a local five-and-dime store and have held onto it for the past 30 years.

This photo marks the first time I’ve used magnifying lenses. Not a true macro lens, these simple and affordable lenses attach to the front of your normal lens to provide some degree of magnification.

Photo submitted to the Flickr group Macro Mondays for the "James Bond" theme.

Mr. Bond’s most famous car has also been seen here:

Silver And Gold by JD Hancock is licensed under a Creative Commons Attribution 3.0 Unported License. Permissions beyond the scope of this license may be available.