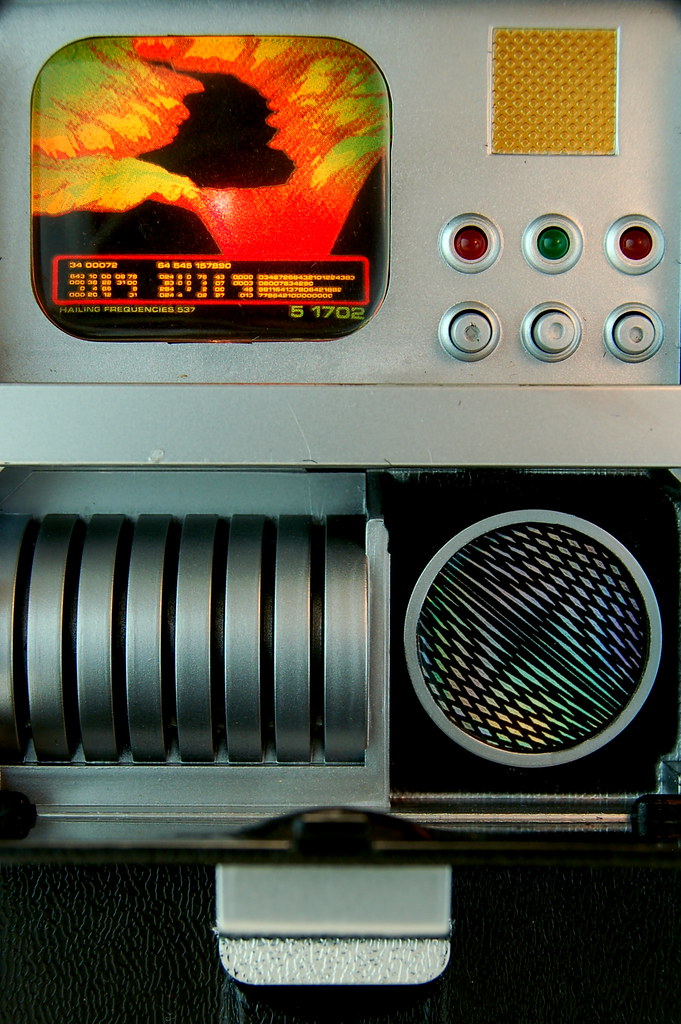 The quote is from the 1996 Star Trek: Deep Space Nine television episode "Trials and Tribble-ations" which paid homage to the props, costumes, and sets of the original Star Trek series from the 1960s.

One of the props seen in that episode was a tricorder, a device used by Mr. Spock to collect data. It was produced as a toy by Playmates Toys in 1995.

"I Love Classic 23rd Century Design" by JD Hancock is licensed under a Creative Commons Attribution 3.0 Unported License. Permissions beyond the scope of this license may be available.