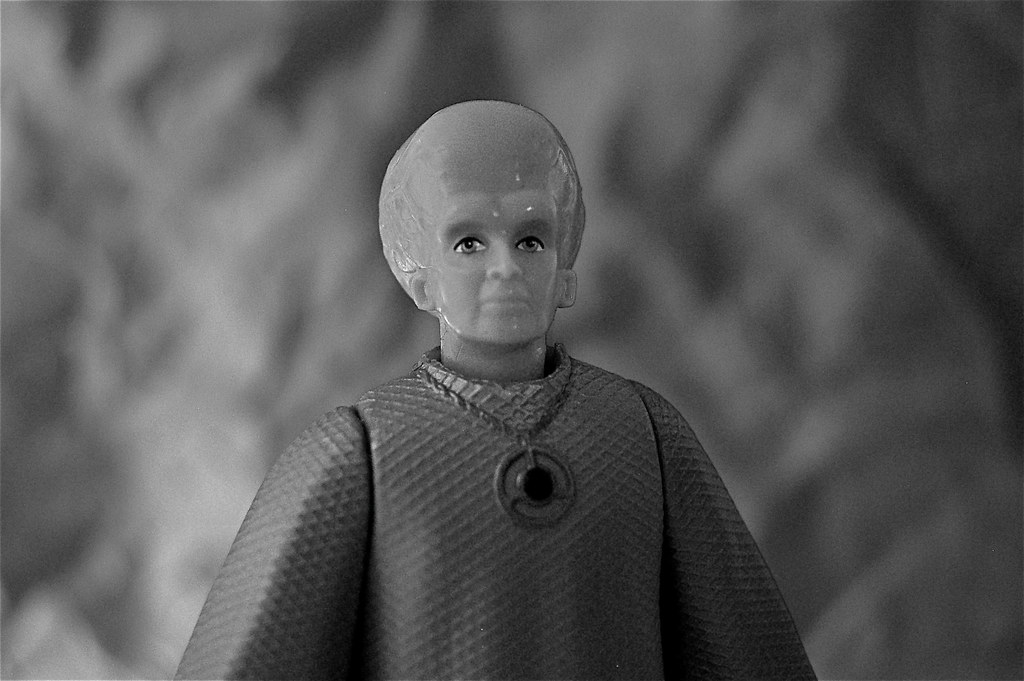 The Magistrate of Talos IV

The Talosian Magistrate was the antagonist in "The Cage," which was the unaired 1965 pilot episode of the original Star Trek television series. Some footage from "The Cage" was later used in the two-part Star Trek episode "The Menagerie."

For many years portions of "The Cage" were considered lost. The only complete version of the episode known to exist was a black-and-white 16mm print, which was shown at Star Trek conventions. Then in 1987 an archivist in a film lab discovered a 35mm reel containing the missing color sections.

The Magistrate of Talos IV by JD Hancock is licensed under a Creative Commons Attribution 3.0 Unported License. Permissions beyond the scope of this license may be available.