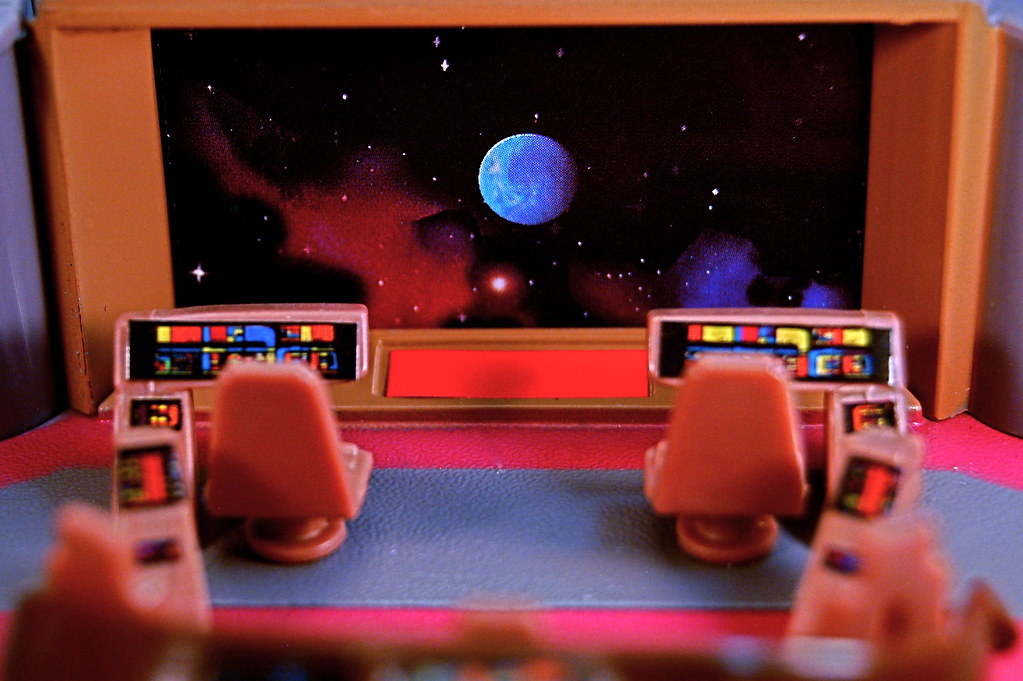 The main viewscreen of the U.S.S. Enterprise NCC-1701-D from the television series Star Trek: The Next Generation resembles a large screen television and is roughly the height of a standing person.

This is a toy representation of the bridge of the Enterprise produced by Playmates Toys in 1995. The viewscreen’s depiction of a planet in space is actually printed on a small piece of cardboard.

To give a sense of scale, the viewscreen here is 2 cm high (less than one inch tall). Only the front half of the bridge is visible from this angle; the entire bridge is the size of my hand. In the model train world this would be considered HO scale.

The main viewscreen has also been seen here:

U.S.S. Enterprise-D Main Viewscreen by JD Hancock is licensed under a Creative Commons Attribution 3.0 Unported License. Permissions beyond the scope of this license may be available.