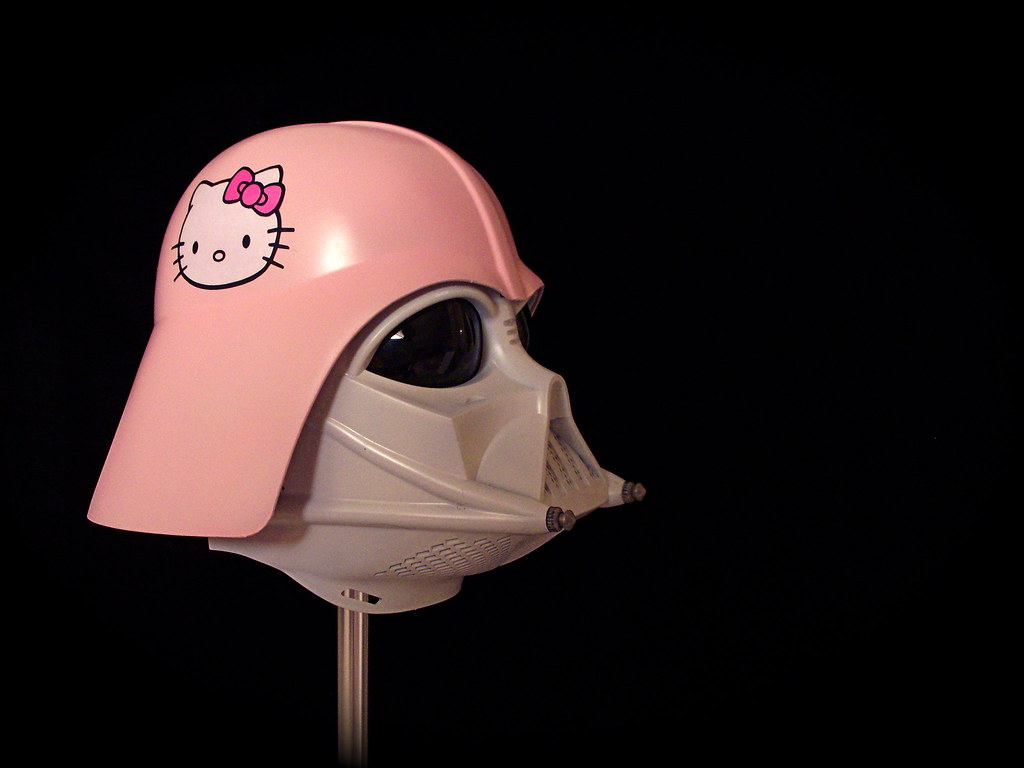 My wife and I finally finished this art project for my daughter, a custom, full-sized Darth Vader helmet in the style of Hello Kitty. This is not a Photoshop manipulation.

Would you like to see more Cool Things My Wife Made?

The pink helmet of evil has also been seen here:

Hello Kitty Darth Vader by JD Hancock is licensed under a Creative Commons Attribution 3.0 Unported License. Permissions beyond the scope of this license may be available.