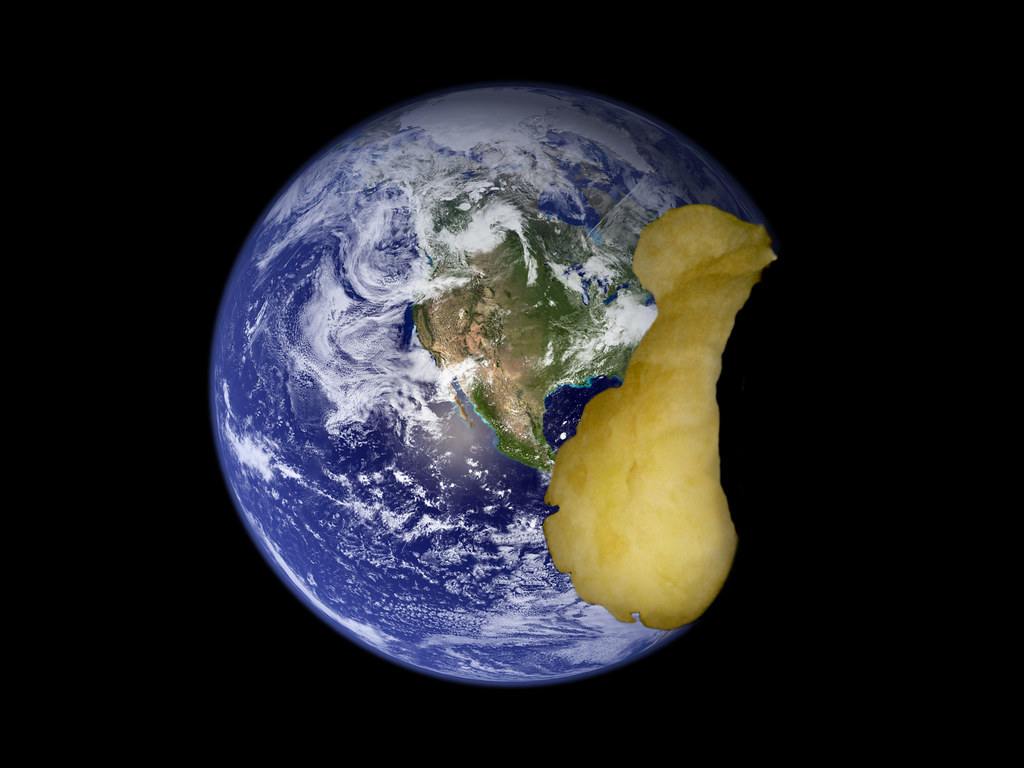 I wanted a new wallpaper for my iPhone, so I shot a photo of a bitten apple and merged it with an image of Earth using Photoshop.

Apple Earth by JD Hancock is licensed under a Creative Commons Attribution 3.0 Unported License. Permissions beyond the scope of this license may be available.