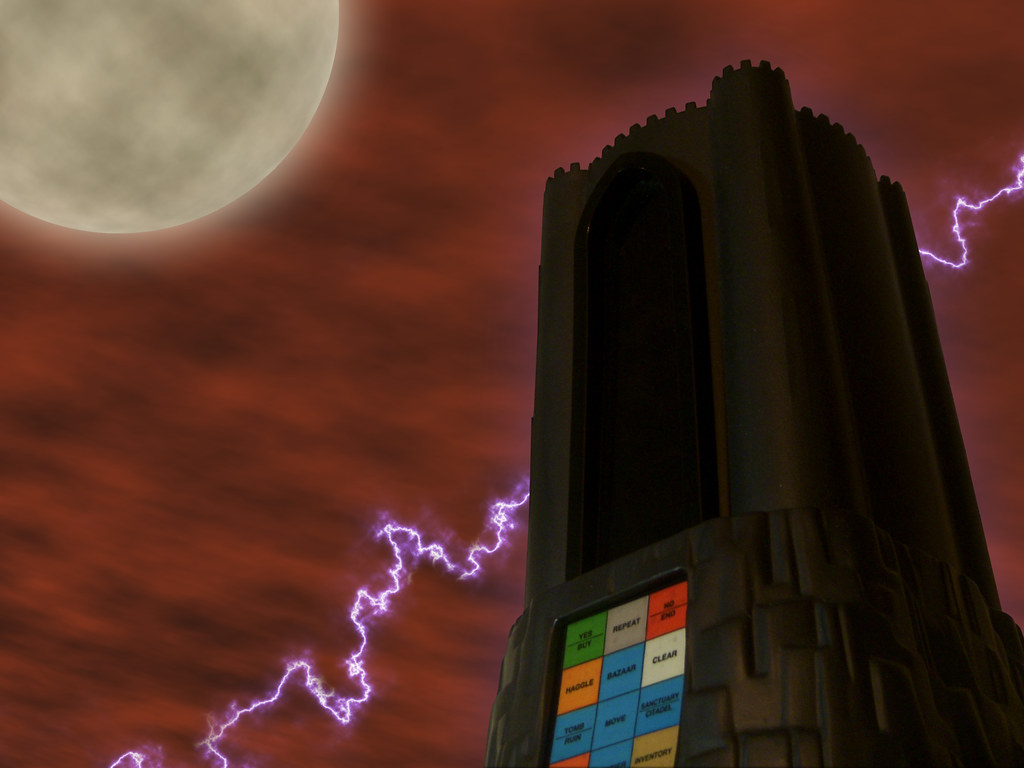 Dark Tower was the game to have the Christmas of 1981. The side of the box promised "A Fantasy Adventure Born Of Electronic Wizardry," and boy did it deliver!

This image is my first attempt at creating a somewhat realistic lightning bolt and moon in Photoshop.

Electronic Wizardry by JD Hancock is licensed under a Creative Commons Attribution 3.0 Unported License. Permissions beyond the scope of this license may be available.