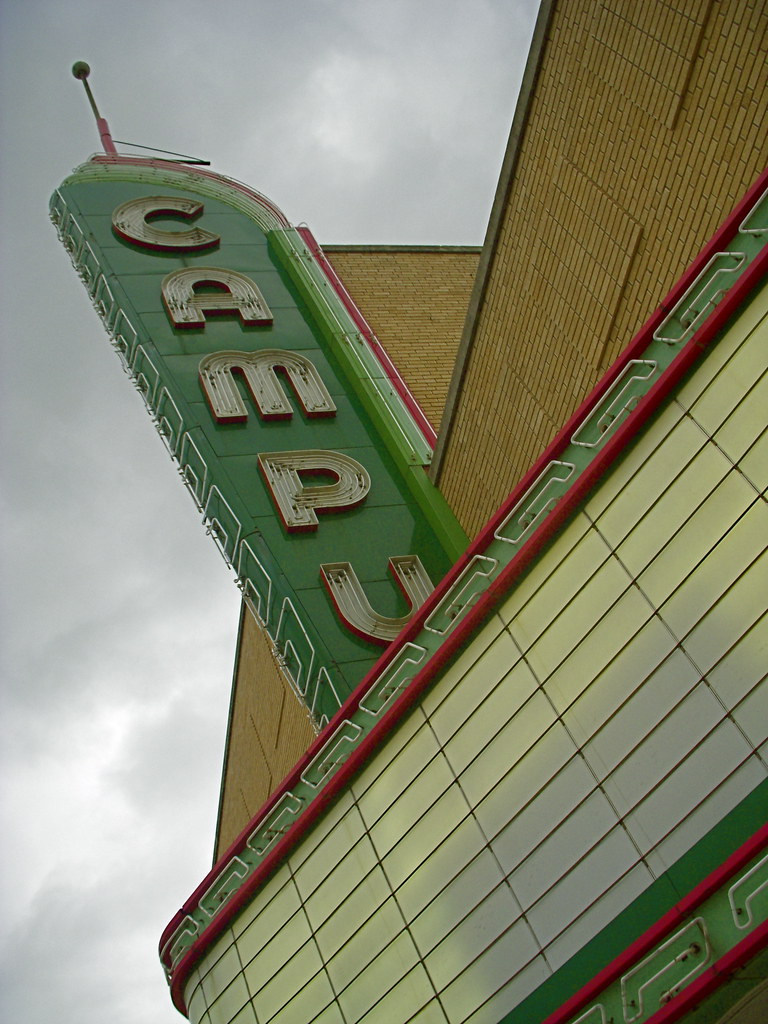 The Campus Theatre was one of three movie theaters in Denton, Texas when I was a young boy. With a history stretching back to the 1940s, it closed its doors in 1985, the year after my family left Denton. Thankfully, it was reborn as a performing arts center a decade later.

The media type of this image is "photo." The original file type was "jpg." The photo's dimensions are 768 x 1024, giving it portrait orientation.

Campu by JD Hancock is licensed under a Creative Commons Attribution 3.0 Unported License. Permissions beyond the scope of this license may be available.