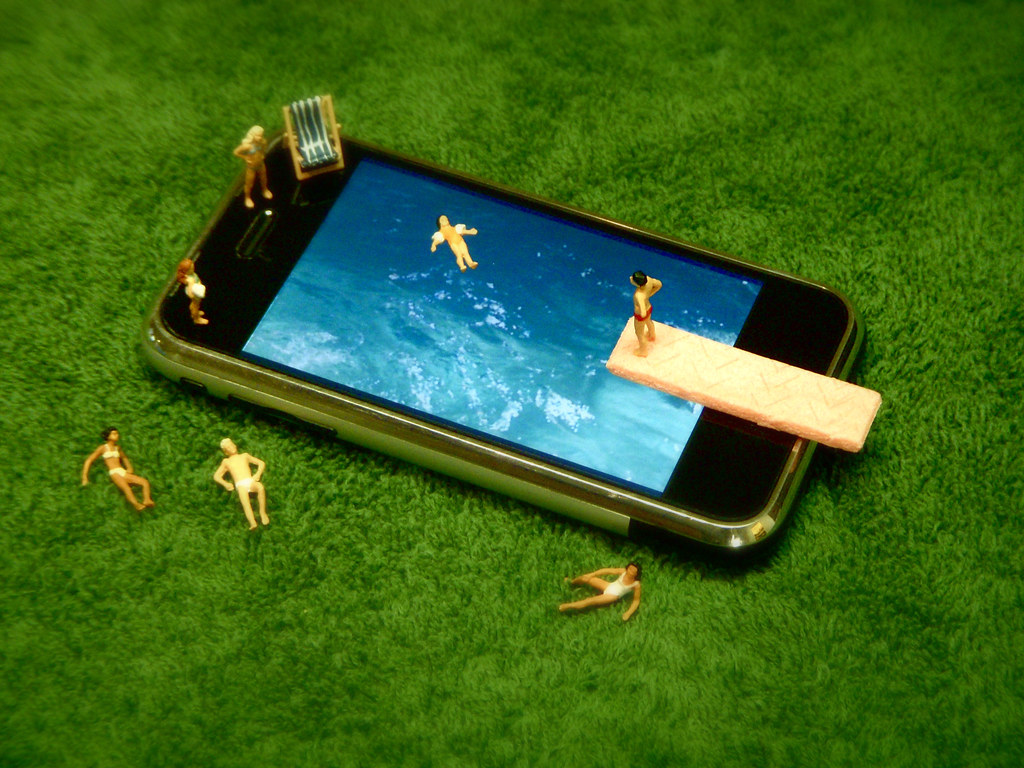 Swimming In The iPool

Posted to Flickr on 07 April 2009. Part of the Little Dudes series. Included in my Portfolio.

More iPhone photos like this can be found tagged as iPhoneland.

The idea for this photo came to me as I was looking forward to summer and swim time in my parent’s pool. I wondered how the Little Dudes might spend their summer.

The grass in this photo is a green towel given to me by my father. The phone is my first iPhone, the original model released in 2007. The water image on the iPhone is a closeup of another photo I took of my parent’s swimming pool. The diving board is a stick of Trident chewing gum. The people are a set of HO scale train figures.

One of the things I did not take into account when setting up this photo was that it would be necessary to match the angle of the original water photo shown on the phone. This wasn’t particularly a problem, but I was struck at how odd the water looked if I photographed it at a different angle. Were I ever to reshoot this photo, I would take many photos of the water at many angles to give myself options.

I generally don’t use Photoshop in my photography, but this photo is an exception. I used Photoshop to try to create a tilt-shift effect by blurring the top and bottom of the photo.

The iPool photo is one of my most popular. It has been used in numerous places, including:

Swimming In The iPool by JD Hancock is licensed under a Creative Commons Attribution 3.0 Unported License. Permissions beyond the scope of this license may be available.